In 1968 my first ever car was a Ford Prefect 107E registration number 680JYD.
This model was based on better known 100E but Ford fitted their 997cc engine and 4 speed gearbox from the new Anglia 105E  which had just been introduced in 1959. Mine was a 1959 two-tone example in white and pale blue.  Ford kept the Prefect 107E in production for a couple more years because they wanted a small 4 door car.

As my interest in cars and rallying grew the Prefect got pressed into service as a rally car. You can imagine this was not the fastest thing around, but it was all we could afford.  By then I had joined 143 Motor Club who were based in Gloucester. I did quite a lot of 12-car night navigational club rallies with various friends navigating and a couple of proper road rallies in the old Prefect.

One of its problems (apart from its general lack of performance, handling or brakes) was that the wipers were operated by vacuum from the inlet manifold. Hard to believe these days, but true.  This meant that when you were accelerating or going uphill the wipers slowed to a virtual stop. This was to have an effect later.


Top local road rally was the Mynd Trophy Rally organised by EMCOS motor club and which started in Stroud. Oliver Tomlins came along as navigator. We knew many of the roads used as they were all local to us, but the dodgy wipers caught us out near Fairford Air Base.  It was a wet night and as a nice Lotus Cortina passed us at the end of a longish piece of straight road I lost sight in the spray and parked us neatly in a deep ditch. No damage to car or crew but no hope of getting out without help. When morning came we managed to find a friendly farmer nearby who towed us out with his tractor. It was the start of a long learning curve.
We did several other road rallies but as far as I recall didn't finish any of them. Typical retirements were caused by bent steering on the Scorpio Rally up near Oxford and by a broken dynamo on the Omega '70 rally down in Somerset.

I also did a few rallies as navigator for various friends such as the Rally Of The Tests in 1972. This one was with Dave Tigwell in his rapid A35 on a very cold frosty day. 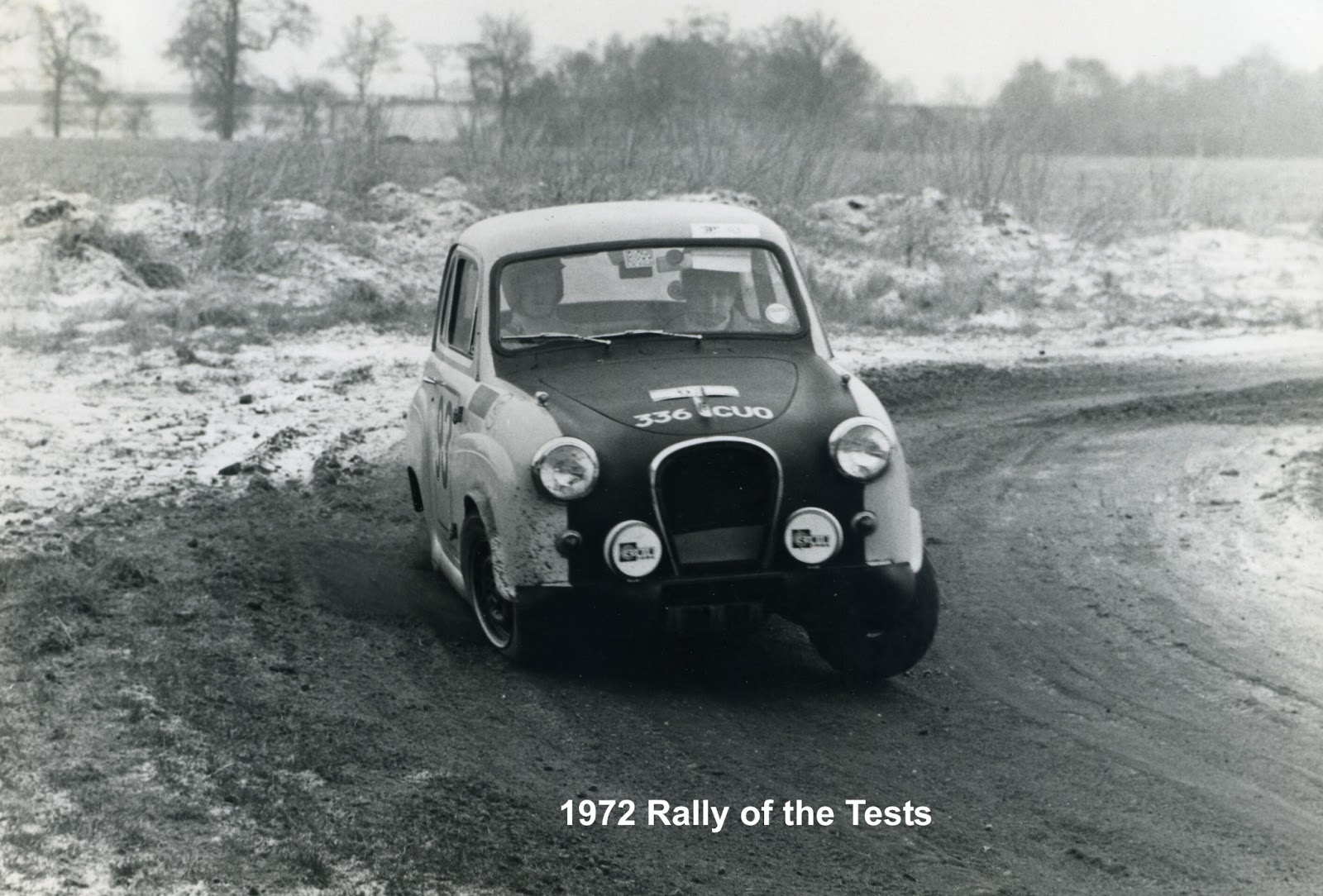 I also took a few pictures when we went out watching rallies, here are a couple of favourites