Competing on the National status rallies in 1980 had been great but it was also pretty expensive so I decided it would be a better idea to find a less expensive championship for 1981.  The obvious choice was the Century Oils Rallysport Magazine championship which was aimed at the club driver and with a good selection of rallies.

Over the winter I had been introduced to Sue Sanders who was a keen co-driver and looking for a ride.  Oliver's work was now taking much more of his time so he needed to take a step back from co-driving and  it was agreed that I would do the Century Oils Rallysport Championship with Sue in 1981.

First round was the Red Garages Cambrian Rally based in Llandudno.  The weather was very cold, with snow promised as we set off on the first stage round the Great Orme toll road. 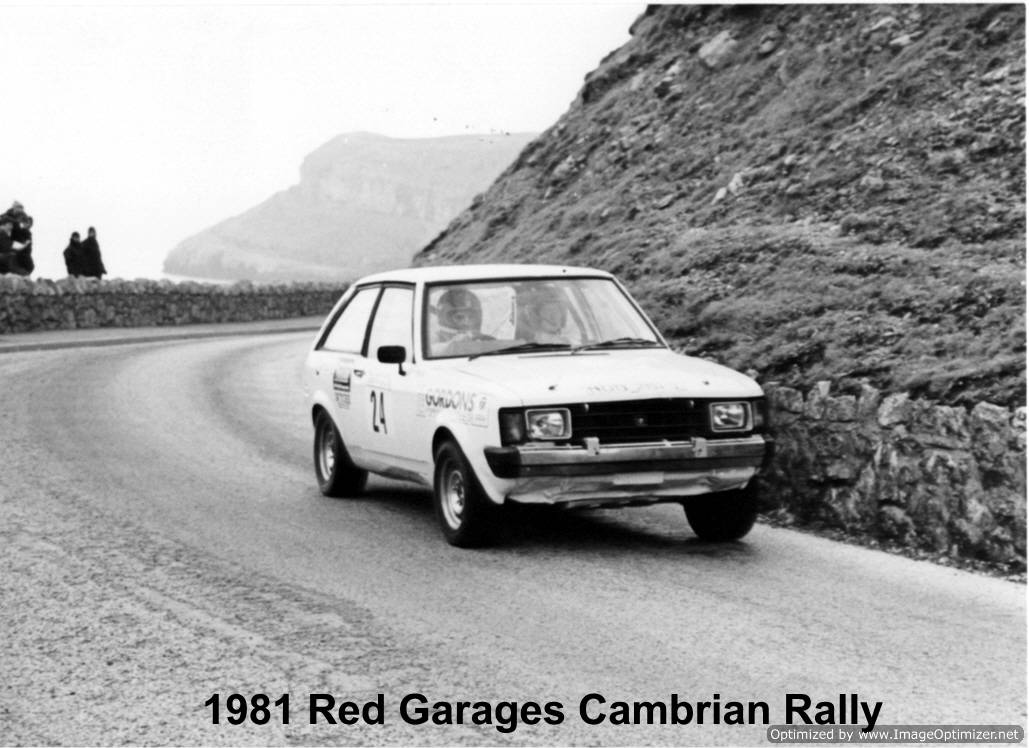 The next few forest stages were a mixture of snow and ice and I made a mistake on a downhill corner and put us off onto a log pile.  With me pushing and Sue driving we got the car back on the road but a lot of time was lost and so there was no option but to retire.
The problem now was that it was getting dark, it was snowing heavily and we were in Blaenau Ffestiniog which is miles away from our base in Llandudno. We abandoned our Granada service barge at a local garage and all set off for Llandudno in the rally car which was now fitted with snow tyres. To get there we had to cross the Crimea Pass and we found a couple of policemen at the bottom who told us the pass was closed until the snowplough arrived. Great, no option but to wait for about an hour until the plough arrived. By now quite a few other cars had turned up and we set off in a convoy following the plough.

All went well until we got to a much steeper section near the famous Llechwedd slate mines.  The snowplough slowed right down and was now going so slowly I was having to slip the clutch in first gear to stay behind it. When the smell of the burning clutch finally got too bad I decided to take a chance and overtook the snowplough. With the rally car on snow tyres and LSD working well we were able to cruise gently across the top of the Crimea Pass.
It was a pretty surreal experience passing some stranded cars as we slowed to tell them " Don't worry, there is a snowplough following behind us".  You couldn't make it up.

Sue Sanders was a very good co-driver and we had a good season, with a string of good results that ended up with winning the 1600cc championship class.  There were some notable results along the way, including 9th overall on the Rothmans National Rally in Somerset, and 4th overall on the Trentham Stages near Stoke on Trent which was the last round and Sue's local event. 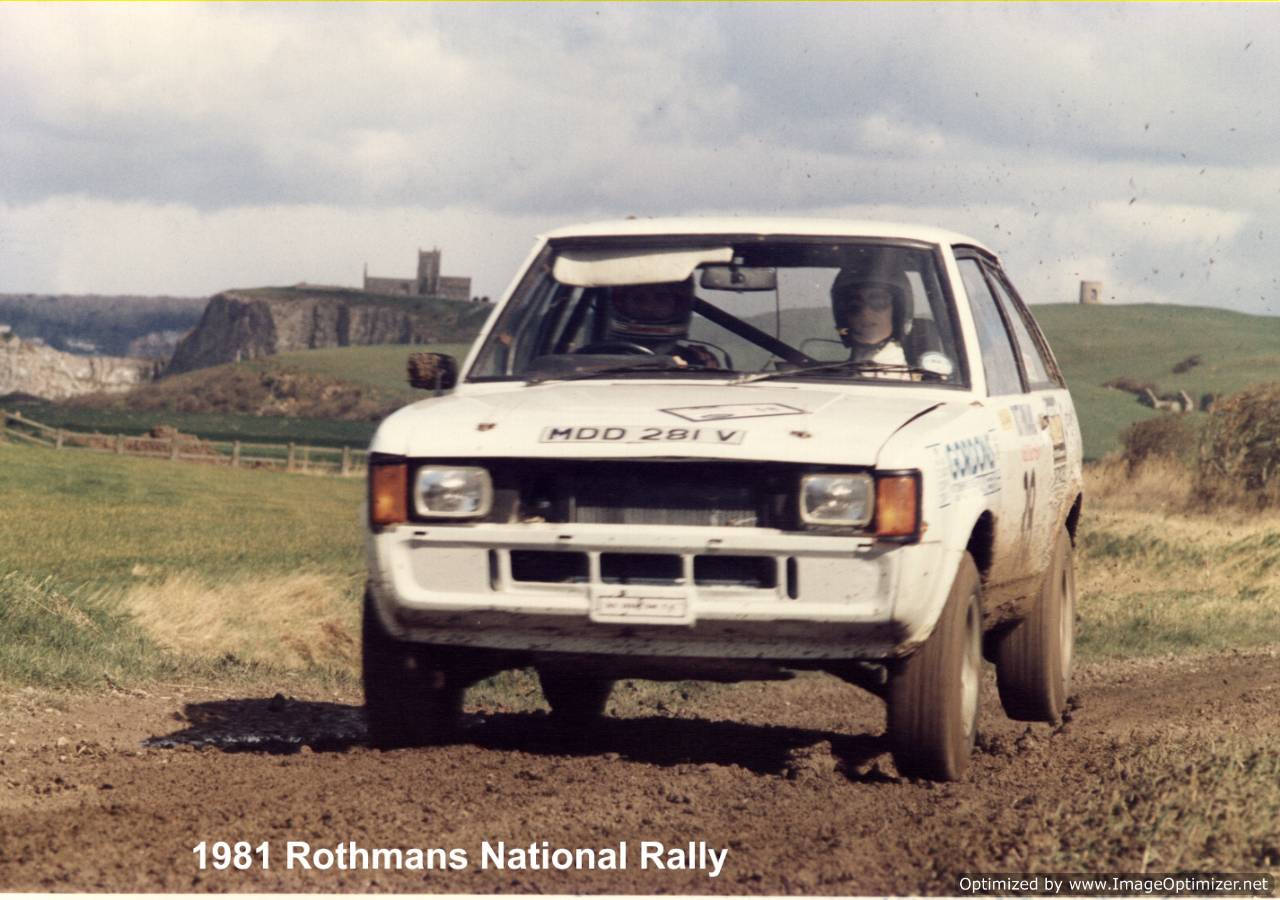 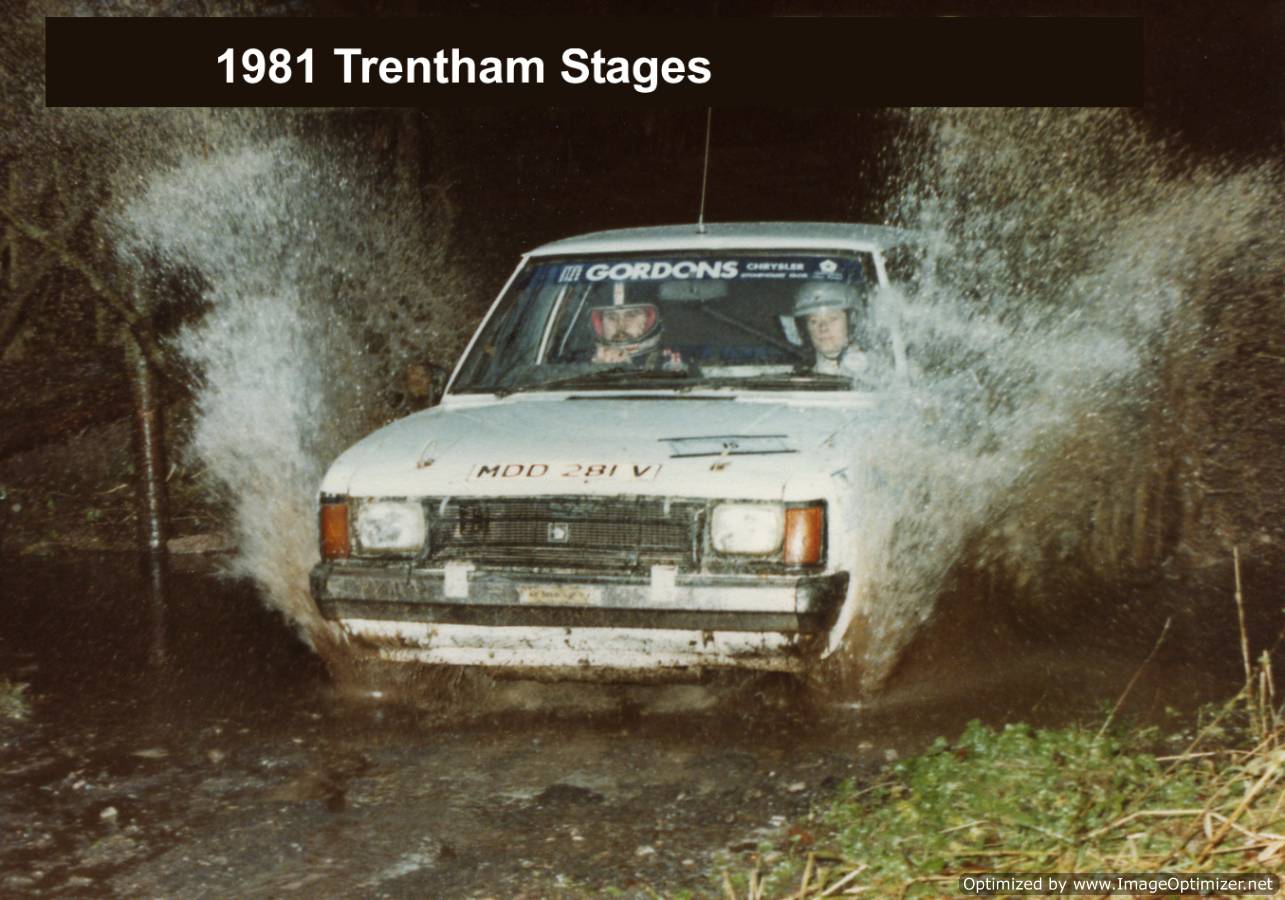 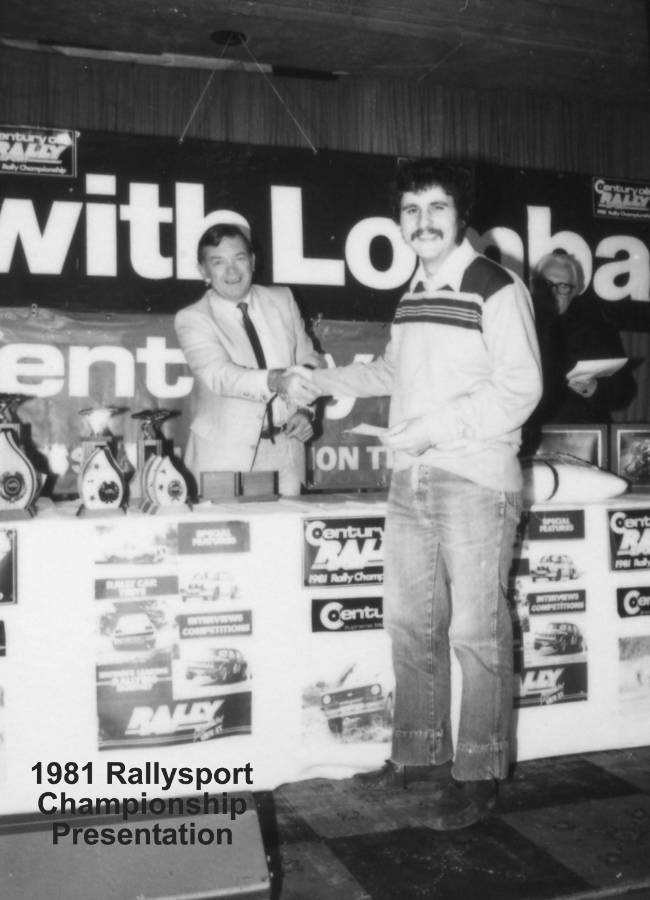 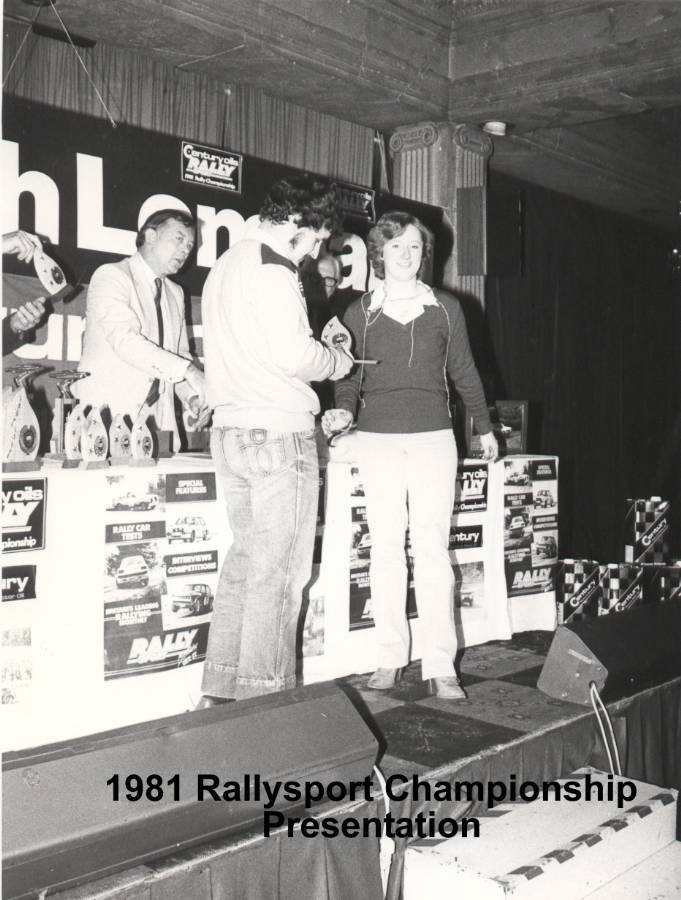 Who are these young people?

Yes its Sue and me collecting our Century Oils Rallysport Magazine Championship awards. 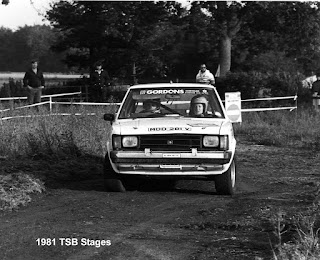 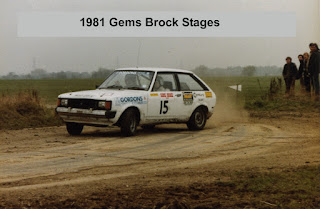 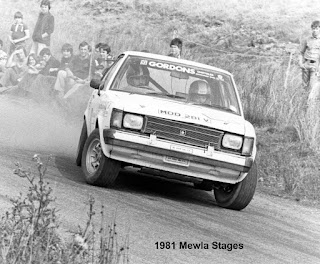 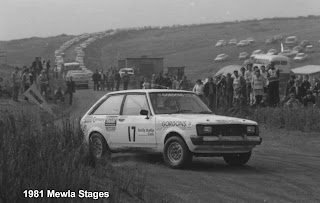 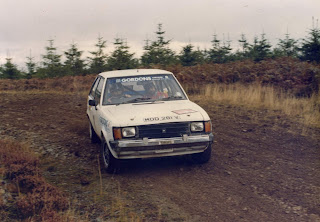 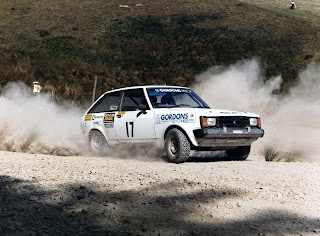 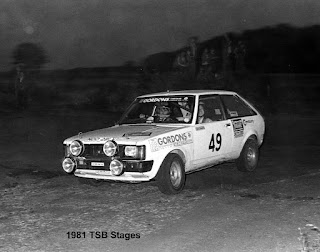 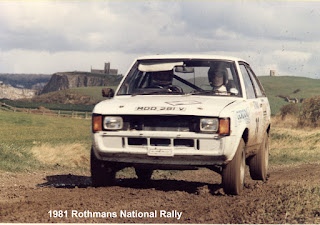 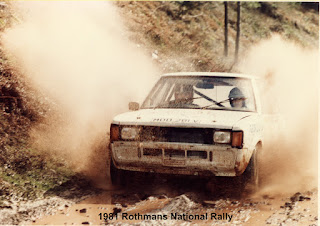 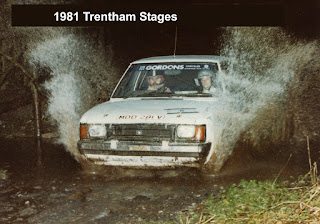